Representative-agent models suffer from an inherent, and, in my view, fatal, flaw: they can’t explain any real macroeconomic phenomenon, because a macroeconomic phenomenon has to encompass something more than the decision of a single agent, even an omniscient central planner. At best, the representative agent is just a device for solving an otherwise intractable general-equilibrium model, which is how I think Lucas originally justified the assumption.

Yet just because a general-equilibrium model can be formulated so that it can be solved as the solution of an optimizing agent does not explain the economic mechanism or process that generates the solution. The mathematical solution of a model does not necessarily provide any insight into the adjustment process or mechanism by which the solution actually is, or could be, achieved in the real world …

Here’s an example of what I am talking about. Consider a traffic-flow model explaining how congestion affects vehicle speed and the flow of traffic. It seems obvious that traffic congestion is caused by interactions between the different vehicles traversing a thoroughfare, just as it seems obvious that market exchange arises as the result of interactions between the different agents seeking to advance their own interests. OK, can you imagine building a useful traffic-flow model based on solving for the optimal plan of a representative vehicle?

I don’t think so. Once you frame the model in terms of a representative vehicle, you have abstracted from the phenomenon to be explained. The entire exercise would be pointless – unless, that is, you assumed that interactions between vehicles are so minimal that they can be ignored. But then why would you be interested in congestion effects? If you want to claim that your model has any relevance to the effect of congestion on traffic flow, you can’t base the claim on an assumption that there is no congestion.

Instead of just methodologically sleepwalking into their models, modern followers of the Lucasian microfoundational program ought to do some reflection and at least try to come up with a sound methodological justification for their position.  Just looking the other way won’t do. Writes Kevin Hoover:

The representative-­agent program elevates the claims of microeconomics in some version or other to the utmost importance, while at the same time not acknowledging that the very microeconomic theory it privileges undermines, in the guise of the Sonnenschein­Debreu­Mantel theorem, the likelihood that the utility function of the representative agent will be any direct analogue of a plausible utility function for an individual agent … The new classicals treat [the difficulties posed by aggregation] as a non-issue, showing no apprciation of the theoretical work on aggregation and apparently unaware that earlier uses of the representative-agent model had achieved consistency wiyh theory only at the price of empirical relevance.

Where ‘New Keynesian’ and New Classical economists think that they can rigorously deduce the aggregate effects of (representative) actors with their reductionist microfoundational methodology, they — as argued in chapter 4 of my  On the use and misuse of theories and models in economics — have to put a blind eye on the emergent properties that characterize all open social and economic systems. The interaction between animal spirits, trust, confidence, institutions, etc., cannot be deduced or reduced to a question answerable on the individual level. Macroeconomic structures and phenomena have to be analyzed also on their own terms.

And then, of course, there is Sonnenschein-Mantel-Debreu!

So what? Why should we care about Sonnenschein-Mantel-Debreu?

These models try to describe and analyze complex and heterogeneous real economies with a single rational-expectations-robot-imitation-representative-agent. That is, with something that has absolutely nothing to do with reality. And — worse still — something that is not even amenable to the kind of general equilibrium analysis that they are thought to give a foundation for, since Hugo Sonnenschein (1972) , Rolf Mantel (1976) and Gerard Debreu (1974)unequivocally showed that there did not exist any condition by which assumptions on individuals would guarantee neither stability nor uniqueness of the equlibrium solution.

Opting for cloned representative agents that are all identical is of course not a real solution to the fallacy of composition that the Sonnenschein-Mantel-Debreu theorem points to. Representative agent models are rather an evasion whereby issues of distribution, coordination, heterogeneity — everything that really defines macroeconomics — are swept under the rug.

“We in the field did think of the economy as roughly linear, constantly subject to different shocks, constantly fluctuating, but naturally returning to its steady state over time. Instead of talking about fluctuations, we increasingly used the term “business cycle.” Even when we later developed techniques to deal with nonlinearities, this generally benign view of fluctuations remained dominant.” 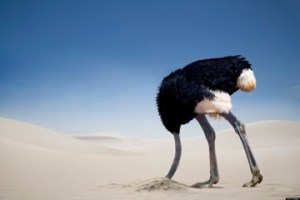 The models that macroeconomic practitioners developed reflected this essentially linear view. Blanchard went on to observe that although macroeconomists did not ignore the possibility of extreme tail risk events, they regarded them as a thing of the past in developed countries … If you get the policy settings right, linear models will work.

Except that they won’t. And that is because these models are not realistic views of how the economy actually works. Representative agents aren’t actually representative of anyone. Rational expectations are driven…